What Does an Unemployment Claim Cost an Employer?

Many people mistakenly believe that unemployment insurance (UI) benefits come from a fund paid into by employees—like Social Security or Medicare. However, it’s employers who are financially responsible for unemployment benefits, and the costs are far higher than just the amount of a claim.

First, it helps to understand how unemployment insurance is financed.

Unemployment is almost entirely funded by employers. Only three states—Alaska, New Jersey and Pennsylvania—assess unemployment taxes on employees, and it’s a small portion of the overall cost.

Unemployment is funded, and taxed, at both the federal and state level:

Here’s where it gets tricky. Each state has its own finance method and its own calculation to determine the tax rate an employer pays. You can read about that here. For the purposes of this article, know that the tax is based on the employer’s taxable payroll, the amount the employer has paid into the UI system, and unemployment claims against the employer’s account (called “benefit charges”).

This is called an experience rating, and it can go up or down over time depending on the employer’s payroll and history with unemployment claims.

The cost of an individual UI claim depends on how much the employee made, how long they remain on unemployment, and the state’s maximum benefit amount. The average amount paid out on an unemployment claim is $4200, but can cost up to $12,000 or even more.

So the real story isn’t the cost of an individual claim (though it can be significant). It’s the higher tax rate that will have a long-term impact.

The state formulas generally use a three-year moving period to assign a tax rate. Each awarded unemployment claim can affect three years of UI tax rates. Employers often don’t realize the real cost of a claim since it’s spread out over a long period.

The average claim can increase an employer’s state tax premium $4,000 to $7,000 over the course of three years. However, it can be far more, eclipsing the cost of the claim itself. Not winning claims can easily cost employers tens of thousands of dollars annually, if not more.

For example, say an employer has a million dollar taxable payroll and a UI tax rate of 1%. That’s $10,000 in unemployment tax premiums. After claims are assessed to its account, the rate goes up to 5%. Premiums rise to $50,000. The UI tax rate clearly makes a difference to an employer’s bottom line.

How can employers lower unemployment costs?

Many employers view unemployment taxes as just the cost of doing business. They either don’t realize that many of their former employees may be ineligible for unemployment benefits, or they don’t want the hassle of fighting claims. However, employers must prevent UI benefit charges in order to keep their unemployment tax rate low.

This is done by contesting and winning claims when employees should be judged ineligible for benefits, such as employees who quit (in most cases) or are fired for misconduct. Many employers use an outsourced UI claims management/cost control company, like U.I.S., to handle this process.

There are many proactive measures that employers can take to keep unemployment costs low. This starts with smart and prudent hiring—hiring only workers who are needed and qualified. This helps prevent layoffs and situations where an employee is simply not a good fit. Careful documentation and specific, actionable feedback give employees opportunities to correct problems. Being able to turn around a situation and keep a worker is a win-win for both employer and employee. 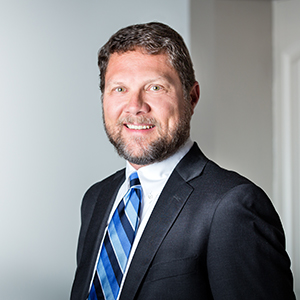 Jeff Oswald is the President of Unemployment Insurance Services. In nearly twenty years of managing UI accounts on behalf of businesses, he has participated in thousands of unemployment hearings.

Have Questions for our Experts?

Save time and tax dollars by putting our expertise to work for you. Contact us today